Galvanoplasty, also called electrotyping, is a process similar to electroplating but used in case the object to be covered with metal is made of a non-conducting material. In this case, indeed, the object can't be used directly as an electrode to be submerged into the electrolyte. The problem is solved by covering the object with a thin conducting paint made of grapphite. Before putting it on, a cleaning of the surface, like the one usually performed in case of electroplating, is required to ensure the perfect sticking of the paint to the object. After the painting, a traditional electroplating can be performed.

Galvanoplaty, in addition to being used for the same purposes of electroplating, is very important in electronics, where the covering of non-conducting materials is often required, for example in case of ceramic or plastic for creating the printed circuit board tracks.

Electroforming is a special case of galvanoplasy where the electrode to be covered with metal is a mould, called mandrel, of the desired object. If the electrotyping process is long enough, the metal layer deposed on the mandrel is so thick that it can be removed an used as a standalone object.

The main advantages of this technology are the great similarity between the final object and the original one and the possibility of cold modelling and shaping the metal without melting it. The main disadvantages are that special tools and chemical compounds are required, in addition to the fact that the whole process usually requires long times. Electroforming is used both in industrial environments for creating objects or other moulds, and in art, for example in jewellery, sculpture and printing.

Figura 1: Silicon mandrel to be covered with conducting paint before being covered with metal through galvanoplasty. 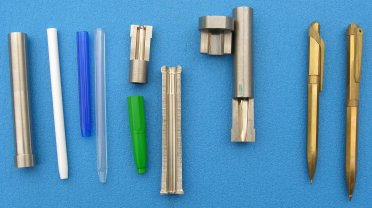